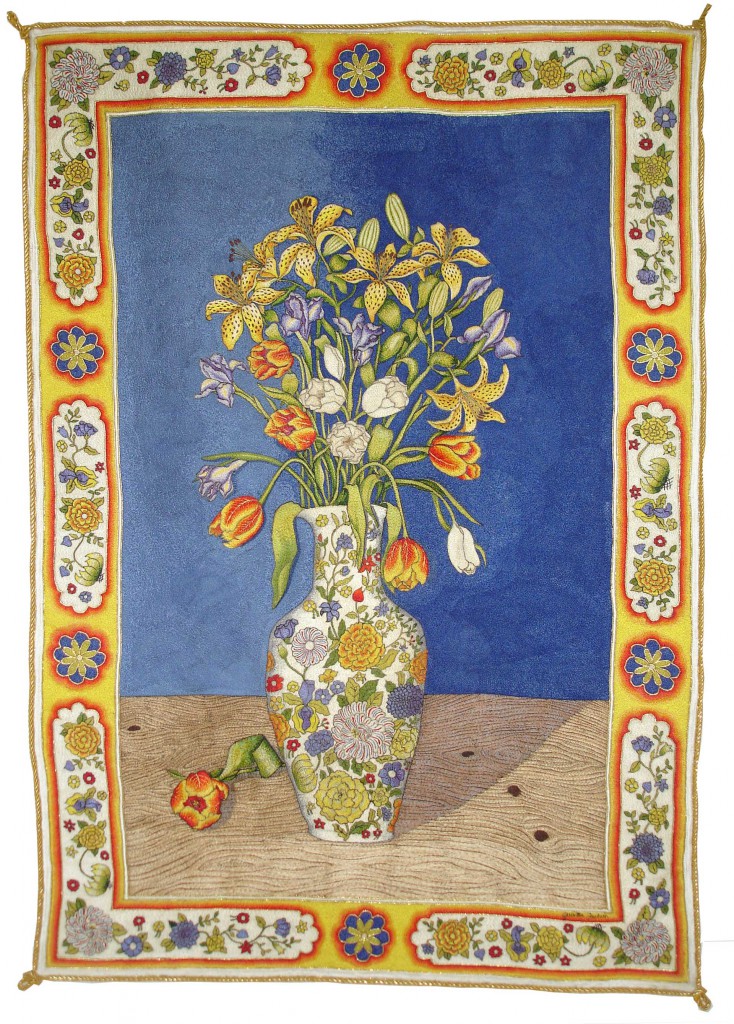 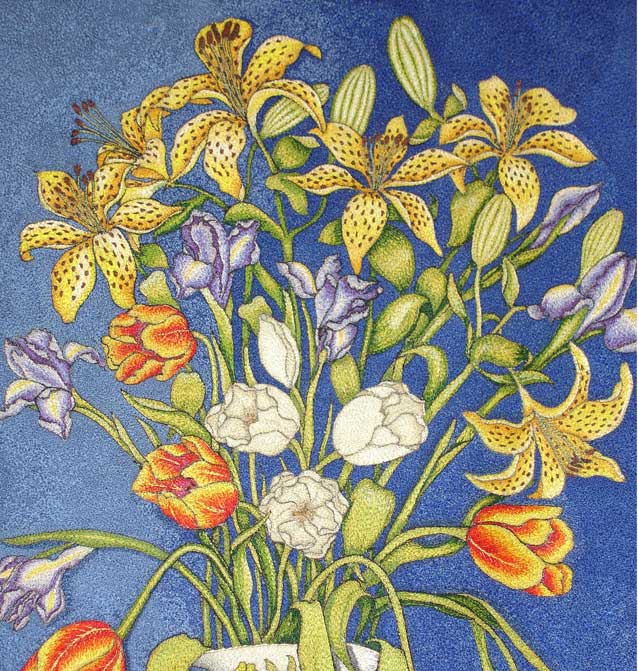 In November 2014 this piece was awarded the rosette for ’embellishment / surface texture’ at the West Country Quilt show in Bristol.\r\n\r\nIn June 1995 the piece was exhibited at the 74th Annual United Society of Artists Exhibition, Westminster Gallery, Central Hall, London.  It was also exhibited at the National Needlework Championships, Ascot and Doncaster, in the same month but was unable to be judged as it was oversized.

The piece is 79 x 114cm. It took three months to complete. A video with more details on this piece can be viewed here. Tiger Lillies is inspired by a Chinese vase that was filled with spring flowers, I first completed this picture as a painting which influenced this textile.   It is one piece of silk which had the design painted onto it before covering the entire piece with free machine embroidery.

I wanted to combine a Chinese vase with a Dutch style still life painting, this is why I chose to use a dark background as it is intended to make the flowers stand out.  I started in the centre first and worked my way out to avoid it warping.  I was going through a phase of doing lots of flowers.

This is the first piece that I tried to get a wood effect into.   I did the wood table by mixing various shades of brown together focusing on light and shade.  The border is influenced by the colours and stylised flowers on the vase. 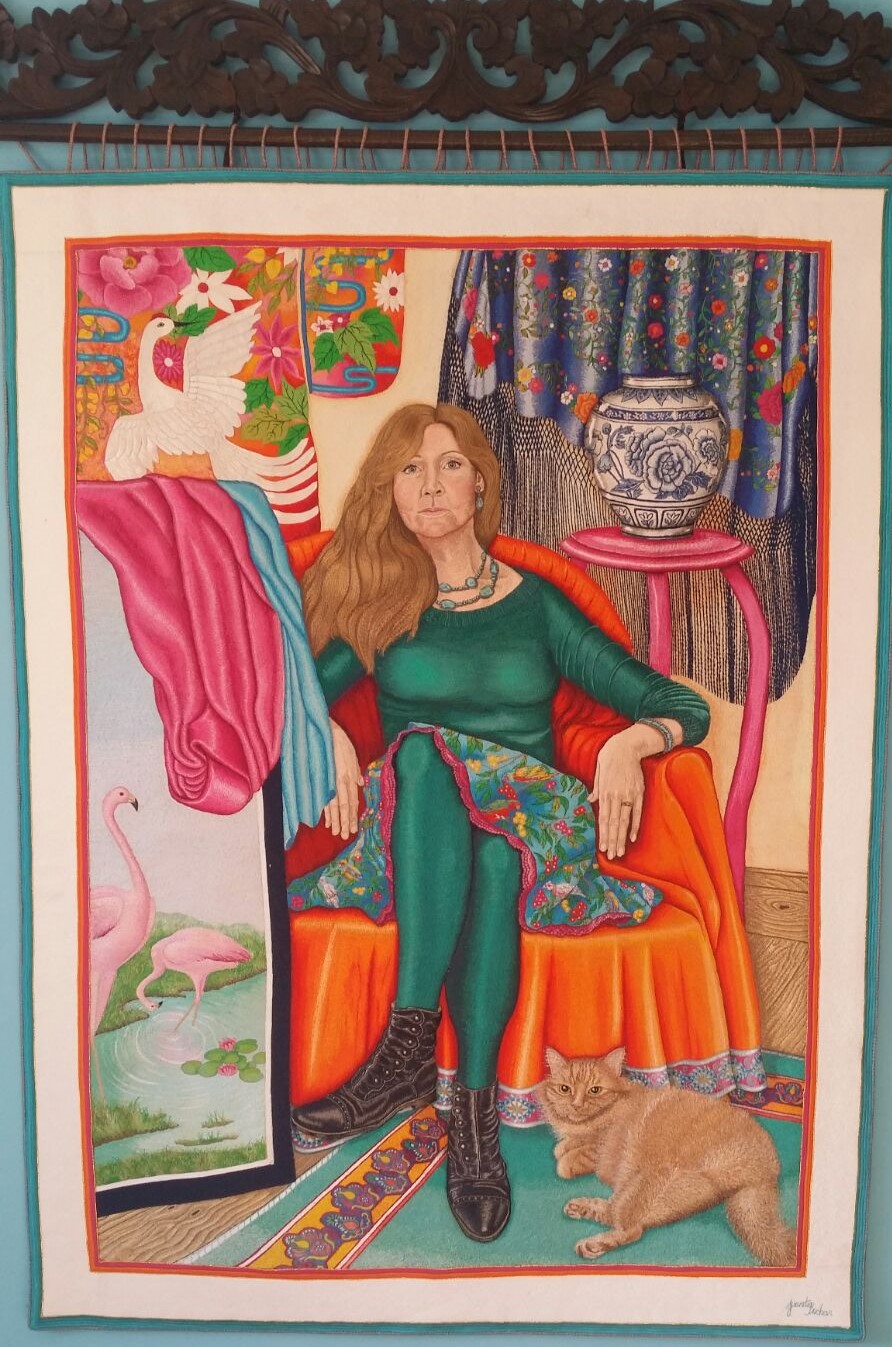 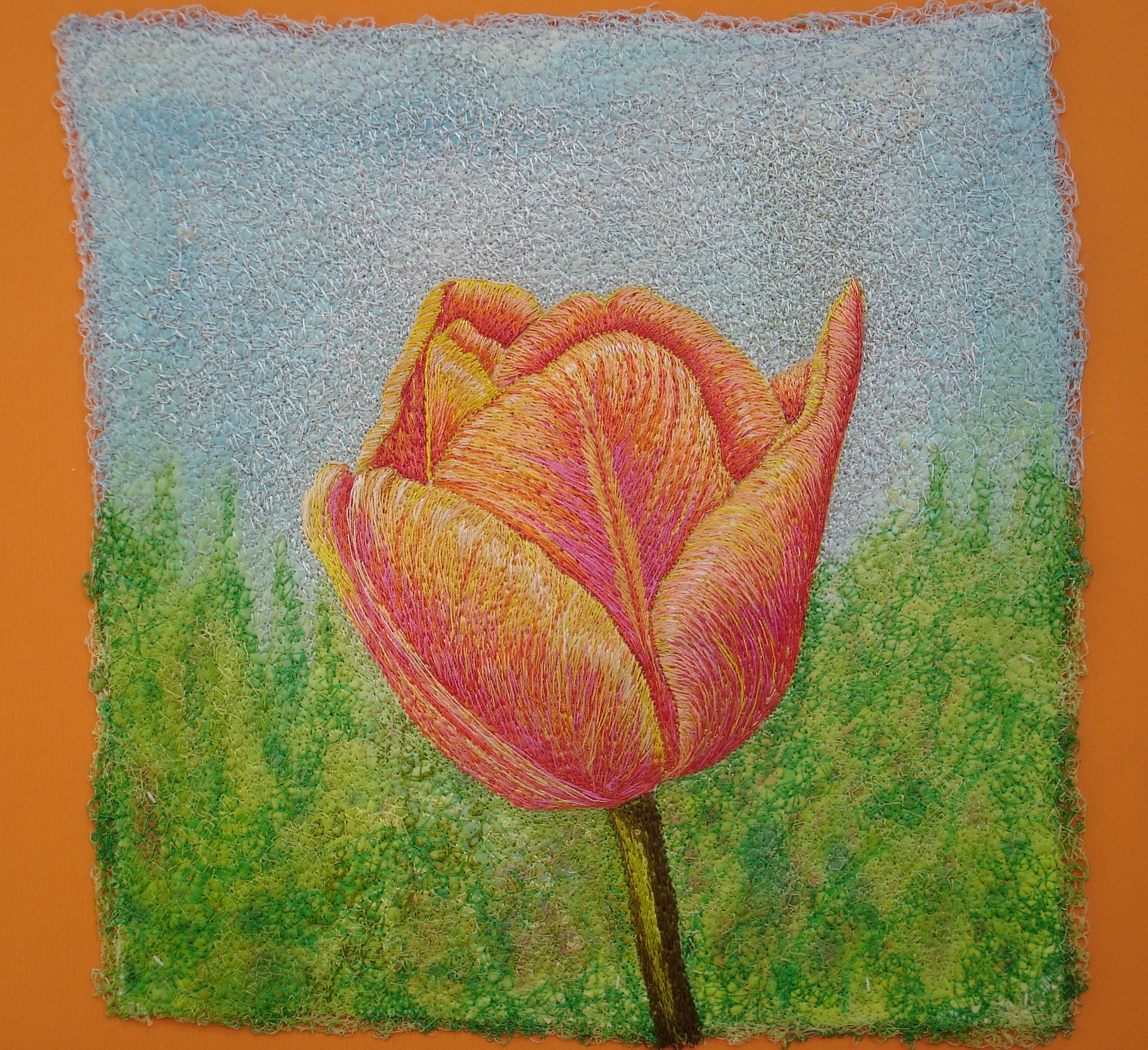 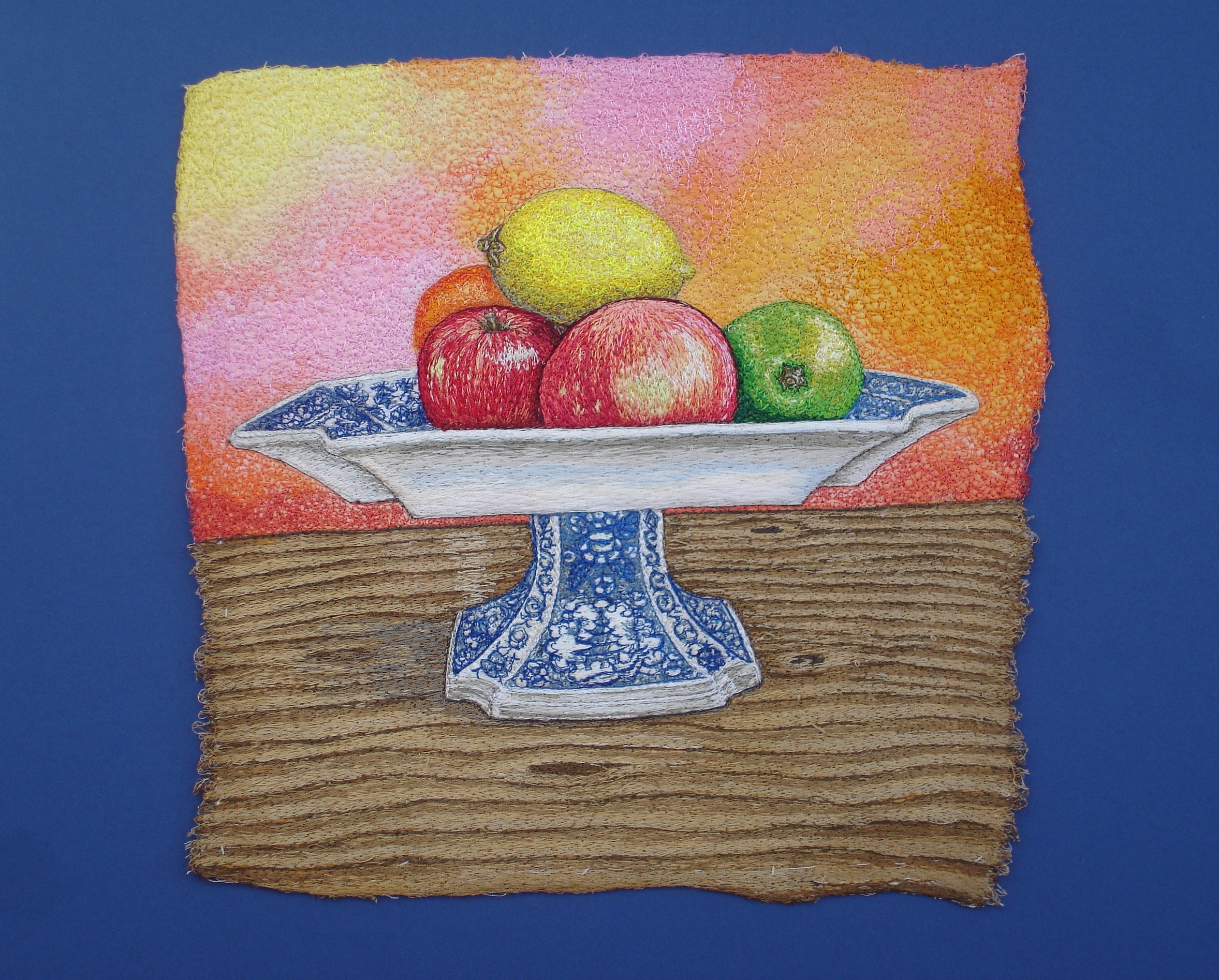